Acupuncture is now a widely known approach to health care; it has been used in the United States for well over 50 years, though its recorded history in China reaches back over 2000 years. In fact, there is archeological evidence that acupuncture-like treatments were used by our ancestors in Asia, Europe and South America more than 5000 years ago. Yet, we still have trouble explaining how acupuncture works.

It would be easy to just say that acupuncture simply rides on the so-called placebo effect, but numerous clinical studies have shown that it is more effective than that. Underlying the practice of acupuncture is the concept of Qi (“Chee”), which many Westerners dismiss as hocus pocus. This concept, however, describes the qualities of a life force, or motive force, that is evident in the development of all life forms, from conception to death.

Qi is a universal notion in East Asian philosophy and medicine. The various manifestations and functions of Qi in nature generally, and the human body specifically, are described with consistent detail in ancient and modern texts. These descriptions are reflected in the daily practice of acupuncture, where we use our diagnostic and therapeutic tools to identify and remedy imbalances in a person’s health.

The key to understanding the mechanisms of acupuncture is the idea of energetic balance in the body, also called the free flow of Qi. The human body is the culmination of eons of development of communication systems between cells. They include the well known nervous and hormone systems as well as lesser known systems of intra- and intercellular messenger molecules. All these systems generate and use energies to allow cells individually, and as part of tissues and organs, to communicate and carry out their functions in concert, in an efficient and adaptive manner.

The primal system of communication in the body, however, appears to be the connective tissue, particularly the fascia. This organ system did not receive its deserved share of attention and respect in biomedicine until more recently, but it turns out that this connective tissue, the tissue that surrounds all other organs and maintains their shape and separation from one another, is uniquely suited to transmit information between far-flung regions of the body. Along these pathways of information, researchers have confirmed nodes of communication that coincide with many of the most powerful and effective acupuncture points. Bioelectricity and magnetism are able to use these energy highways for instant messaging. Acupuncture allows us to access and regulate these forces.

So, while it may be true that acupuncture can transmit signals along nerves, and endorphins are produced in response to treatment, which contributes to pain relief, these rather one-dimensional explanations never seem to capture the whole of acupuncture’s power and effectiveness.

One of the most intriguing treatises on acupuncture is a book by Daniel Keown, a British physician and classically trained acupuncturist, entitled “The Spark in the Machine: How the Science of Acupuncture Explains the Mysteries of Western Medicine.” In it, he weaves together the insights from basic biomedical physiology research and the scholarship of the East to show that they complement each other seamlessly and, together, can explain the mysteries of how the human body works and, by extension, how health can be restored when Qi, the life force (or intelligent metabolism, by another name), is not flowing as it should.

Think about it next time you experience that tingling sensation down your leg when the acupuncture point Zusanli is stimulated. Your body is buzzing with healing information. 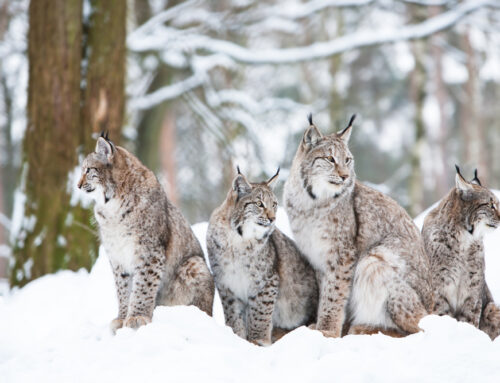 Prepare Your Family For Cold and Flu Season Gallery

Prepare Your Family For Cold and Flu Season