Women who experience pelvic pain are often diagnosed with endometriosis. Let’s get a better understanding of what endometriosis is, how it can affect your health and quality of life, what treatments are offered by mainstream medicine, and what other options exist to alleviate symptoms and restore well-being naturally.

The endometrium is the inner lining of a woman’s uterus. During her reproductive years it thickens every month in response to natural hormonal fluctuations. The body sheds most of the endometrium at the end of the menstrual cycle when no conception and implantation have occurred, resulting in your menstrual period, so that you can start from a clean slate in your next cycle.

How does endometriosis develop?

For reasons that are still not fully understood, in approx. 1 out of 10 women endometrial tissue grows in places outside the uterus, often on the outside of the uterus, ovaries, fallopian tubes, ligaments, colon, bladder, etc. inside the pelvic cavity. There are several theories to explain how this happens, the most widely accepted being retrograde menstruation where endometrial debris escapes into the pelvic cavity through the fallopian tubes, instead of exiting the uterus through the cervix. Genetic and epigenetic factors may play a role, disturbance or dysfunction of the immune system may be involved, toxic substances are suspected, and cell development in the embryo could have gone awry. Endometrial tissue outside the uterus responds to hormonal changes and can bleed during menstruation. This causes inflammation which, in turn, is often the cause of pain. Endometriosis lesions can also cause adhesions binding organs together and causing pain.

What is is like for a woman to have endometriosis?

Women with endometriosis often have excruciating pain during their menses. The pain can be shooting, stabbing, throbbing, dull, intermittent or constant, it can radiate into the lower back, abdomen, thighs, and appear at other times of the cycle as well. It can get worse over time and be accompanied by other symptoms such as painful sex, problems with urination and defecation, headaches and low-grade fever. The location and intensity of pain are not consistently related to the extent and location of endometriosis implants discovered during laparoscopy. Pelvic pain can also have several other causes. A definitive diagnosis is made after laparoscopy, which is a surgical procedure to visualize the inside of the pelvic cavity that can also be used to remove suspected endometriosis lesions.

The conventional approach to endometriosis

Treatment strategies in conventional medicine include pain medications, hormone treatments, and surgery. None of these strategies are curative but serve to provide symptom relief, slow the progress of the condition, and support fertility, if desired. Non-steroidal anti-inflammatory drugs (NSAIDs) are commonly used and combined with other treatments. If NSAIDs don’t provide enough relief or are not well tolerated, opioid and other medications are often prescribed. Several different hormonal treatments are available, mostly to minimize stimulation of endometriosis by estrogens. Often, a women will take hormonal birth control continuously unless she is attempting to conceive. Laparoscopic surgery, considered minimally invasive, can be used as a conservative intervention to excise endometriosis lesions. Unfortunately, new lesions develop in a large percentage of women after surgery and a repeat may be attempted. If these steps are not sufficient, and the woman does not wish to bear children, a hysterectomy will be recommended. Studies have shown that conservative surgical treatment, sometimes combined with IVF, is more successful in helping women become pregnant than drug therapy. There is also evidence that manual therapy can be effective to relieve endometriosis pain. It is certainly safer than pharmaceutical drugs or surgery and may be less costly.

How does Chinese medicine approach endometriosis?

Chinese physicians abandoned surgery early on and focused on interviewing and observing patients to arrive at a detailed diagnosis of their health concerns. Thus, endometriosis is a biomedical entity that has no exact correspondence in Chinese medicine. The pain and various other manifestations experienced by women with endometriosis, however, are well known to Chinese physicians and can be treated with acupuncture, Chinese medicinals, diet, and manual therapy.

Specific complaints of my patients, such as the location and nature of pain, digestive problems, emotional states, energetic functioning, lifestyle, etc. allow me, as a Chinese doctor, to assemble the diagnostic puzzle called pattern differentiation. This process is highly individual, and no two women with endometriosis will have the exact same pattern of disharmony. However, certain themes keep resurfacing. Pain, especially stabbing pain in the pelvis around the period, is attributed to Blood stasis, a clearly defined pathology in Chinese medicine that leads to specific acupuncture and herbal prescriptions. Prominent among the etiological factors, meaning root causes of the condition, are Kidney Yang deficiency, as well as qi stagnation or deficiency of the Liver, Spleen and Kidneys. These organ systems are not identical with the biomedical notion of liver, spleen and kidney anatomy and physiology. They describe sophisticated functional systems in the human body.

Once the pattern differentiation has been concluded, strategic treatments with acupuncture and herbal prescription follow logically. They will be used to remove Blood stasis and support Liver, Spleen and Kidneys in their functioning. Some of the medicinal herbs used have been shown to possess anti-inflammatory effects, regulate circulation, improve autonomic nervous system functioning, and display other adaptogenic actions. These treatments will be modified according to the patient’s healing response as the weeks and months go by.

What does clinical research tell us?

Of course, many physicians, patients and payers will be reluctant to try or recommend Chinese therapies in the treatment of endometriosis without scientific evidence. The number of well-designed research studies is still small, in part because funding is sparse, but the evidence emerging in both China and the West is encouraging. Let’s look at some trials and reviews.

A trial comparing the use of traditional acupuncture points with mifepristone, a synthetic steroid progesterone inhibitor, was reported in the June 2017 issue of Shanghai Journal of Acupuncture and Moxibustion. While the number of participants was relatively small, the difference in objective and subjective measurements of improvement was significant. The acupuncture group had less pain (VAS), smaller masses (US) and improved CA125 levels than the group receiving the pharmaceutical.

A Swedish study by Lund & Lundeberg in 2016 found acupuncture to be a useful and safe complement to conventional therapy for pain relief and recommends further study. A 2011 Cochrane review of acupuncture trials for endometriosis pain found that most studies did not meet the high standards of diagnosis, blinding, randomization, etc. and included only one trial which showed high efficacy of auricular acupuncture for pain relief. This review documents the challenge researchers face in designing placebo-controlled, blinded studies to evaluate acupuncture. A reliable form of so-called sham acupuncture has yet to be developed.

Two Chinese randomized controlled trials (RCTs) described in a 2012 Cochrane review by Andrew Flower et al. demonstrated that specific Chinese herbal medicine prescriptions have comparable benefits to gestrinone, but with fewer side effects, and superior effects than danazol. A well-designed Chinese study published in 2016 found that women receiving Chinese herbal therapy had similar results, as measured by various biomarkers, as the control group treated with goserelin acetate after conservative surgery for severe endometriosis.

Casting the net even wider

In addition to acupuncture and Chinese herbal prescriptions for the treatment of endometriosis and the associated pain, I discuss nutritional changes with my patients that are informed by Chinese dietetics and Functional Medicine. An anti-inflammatory, immune-supportive diet can empower my patients to take an active part in their healing. 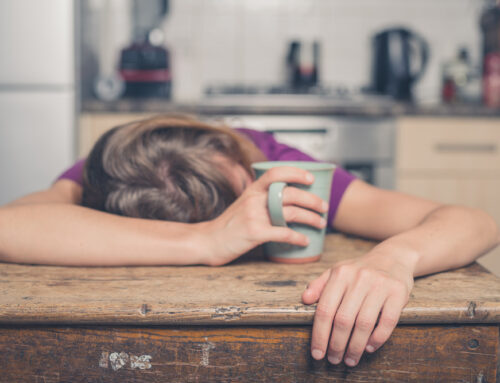 Not Feeling like Yourself? It Could Be Your Thyroid Gallery

Not Feeling like Yourself? It Could Be Your Thyroid 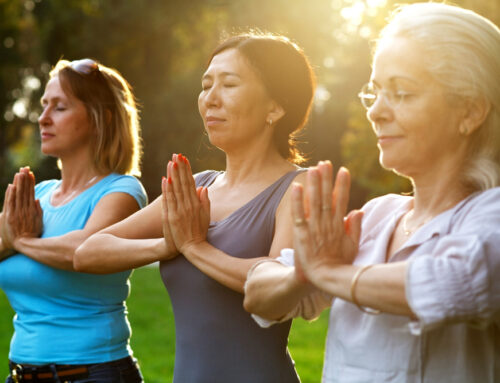 Women Going Through the Change Gallery

Women Going Through the Change 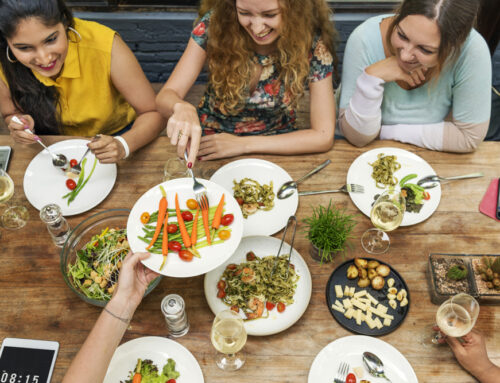 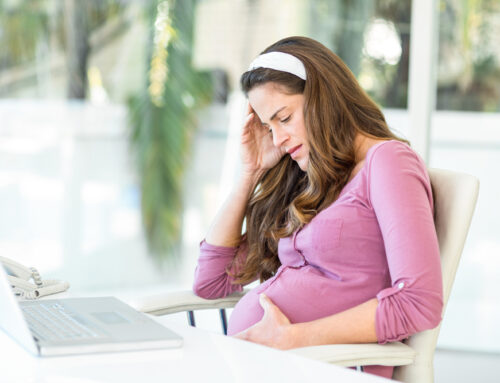 Acupuncture During Pregnancy and Childbirth Gallery

Acupuncture During Pregnancy and Childbirth 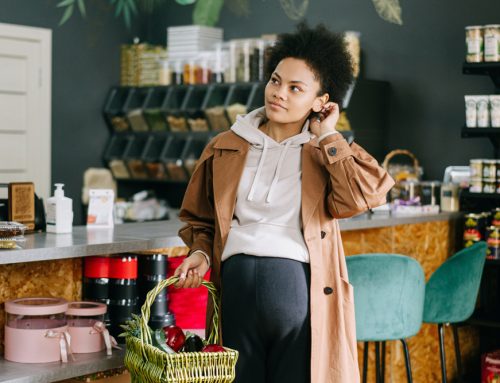 Nourishing Yourself In Pregnancy Gallery

Nourishing Yourself In Pregnancy